COLLWEB is a global network of collectors that builds a community of people who appreciate the value of art, cars, watches and real estate.

Silvia Stocchetto lives and works in Venice. Born in 1969, she initially pursued a scientific career, graduating in Biological Sciences followed by a PhD in Biochemistry and Biophysics, a university research position and teaching at high school. In 2004 she decided to start artistic training visiting an art education institution in Venice. She was granted a Diploma in Painting by the Accademia di Belle Arti in Venice in 2013.

Right from the start she chose a meticulous style of painting and a particular individual form of realism characterized by images which appear strangely static, rendered unfamiliar by a metaphysical touch. The subjects of these early paintings are derived from everyday life. They include still lifes and portraits of parents and friends.

Her development as an artist reflects the joint influence and interaction of her scientific and artistic background. Nature is a prominent theme of her work, reflected in increasingly imaginative pictorial worlds. The compositions of her recent paintings show plants and animals interwoven in scenes of a surreal habitat populated by strange creatures. The artist intends to celebrate nature, a subject which is particularly close to her heart. Throughout she has adopted a clear and formally rigorous approach which has been a characteristic feature of her painting right from the start.

Silvia Stocchetto has participated in a number of national and international exhibitions. She presented her work in the group show “Peli Superflui” in 2011 at the Accademia di Belle Arti in Venice. Her first solo show entitled “GRIGio” took place in January 2015 in the LeoLab Gallery in Trieste, followed by a second solo show entitled “GRIGio2” in November 2015 in the Centro Culturale della Biblioteca Hugo Pratt in Venice. In Germany, she participated in two group shows organised by the Cologne charity group “Kunst Hilft Geben für Arme und Wohnungslose” in the Quirin Bank AG in 2015 and the Gothaer Versicherung in 2016. Her work was exhibited at the ART FAIR in Cologne in October 2016 by the Galerie Shia Bender. She participated in the group show “Donne e arte” held at the Chiostro della Madonna dell`Orto in Venice from April 16 to 30, 2017. Since 2014, Silvia Stocchetto has taken part in various group shows organised by the Bugno Art Gallery, Venice. Her recent work can be seen from May 7 to August 30, 2017 in the current exhibition of the Bugno Gallery entitled “Modern & Contemporary”. 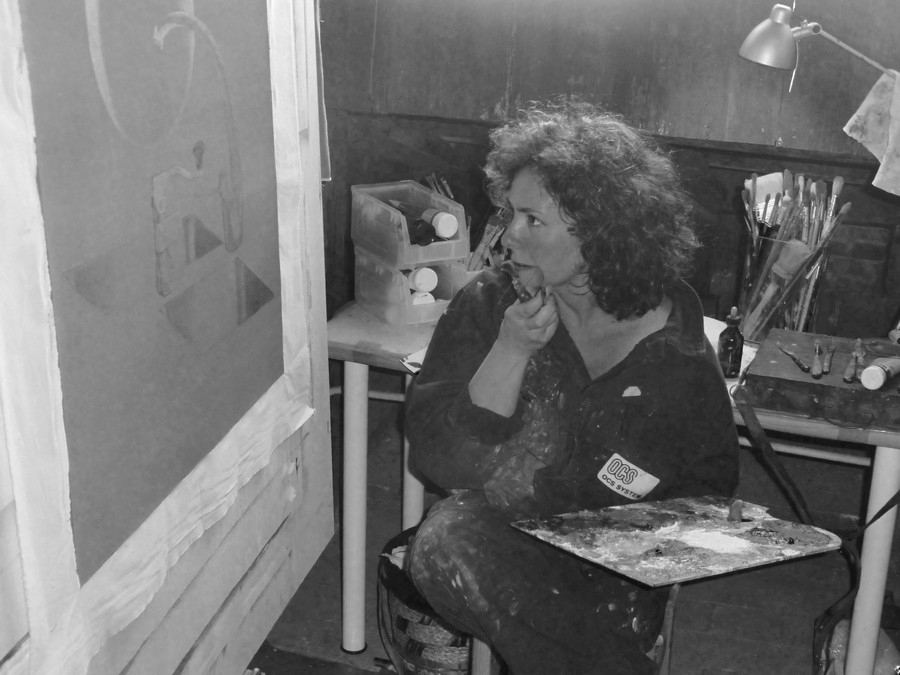